Starting life as The Calgary Epilepsy League, we were incorporated on December 5, 1955. A name change ensued in 1957, when we became known as the Western Canada Epilepsy League, and another name change in 1969 resulted in our current moniker, The Epilepsy Association of Calgary.

65 years of providing community service, support and education is something that fills us with pride and appreciation, and we’re looking forward to even greater things in the next 65.

From December 2020 to December 2021 you can help us mark this important birthday year by making a donation – perhaps a one-time donation of $65 to honour our age, or a monthly donation of $19.55 to symbolize the year we began.

Martin Bell, one of our Directors and greatest supporters, has memorialized these past 65 years by creating a playlist of his TOP 65 on YouTube and on Spotify for your listening enjoyment.

Martin was born in Scotland before emigrating to Halifax, Nova Scotia, in the 1970s.

Diagnosed with Epilepsy in 1979, Martin returned to school to be a draftsman before moving to Calgary in 1981.

In the early 1990s Martin took a Wellness course from the Epilepsy Association of Calgary and continued to stay involved with the EAC after that. He joined many other members of the EAC in a several-week course to learn stand up comedy and subsequently performed in a few shows for them. He has also performed at Yuk Yuks and a few of the other comedy places in Calgary. Martin did a few company Christmas shows for a while as well.

Along with the stand up comedy, Martin also got involved writing comedy spoof songs and performed a few of them at the EAC AGMs for a few years and has since put many of them on YouTube to help raise some awareness about Epilepsy.

When his seizures began to worsen, Martin chose to have surgery in an effort to control the seizures. Since surgery Martin has been seizure free and still is an active member of the EAC as a Director. 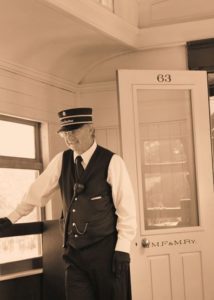